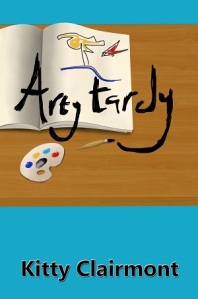 I am spearheading a pilot scheme across three boroughs using ARTY TARDY as an educational tool in order to promote inclusion.

Three schools from Newham, Dagenham and Redbridge have expressed an interest and have started reading the book with children.  The hope is that it can help to integrate SEN pupils and promote understanding of Autism and in particular Asperger. There has already been some excellent feedback with pupils and parents who have connected with the book and for whom it has made a difference.

It has also just been selected by a school as a resource to fulfil the Inclusivity Module for their QuILT Accreditation  – great news!

There is a PHOTO SHOOT next week where I look forward to meeting pupils, reading the book with them and having a Q&A session!

I’ll keep you updated about future news/media interest as it comes in.

Don’t forget to check out the Children’s Review page on my website to read what some of the children have to say!

Shakespeare’s Macbeth was given a fresh airing last night at Stratford Circus Theatre! Director Jatinder Verma did a sterling job – the cast of eight doubled and even tripled up their roles with professional ease with Rax Timyr playing not only part of the chorus but also providing music (particularly fine drumming and even beatboxing!)

Robert Mountford gave a stirring performance as Macbeth wearing his clan’s turban as a crown complete with ceremonial robes and sword, a truly ‘resplendent Mughal Emperor’. 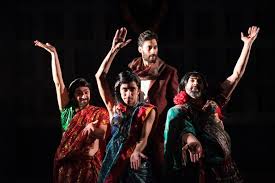 complete sense when you find out that  ‘being outside the norms of gender, hijras see themselves as part of a spirit world that traces back to the half-man half-woman god, Ardh-Narishwar’. It was all incorporated sensitively and seamlessly into Shakespeare’s play in such a way that it made this British-Asian fusion an instant success.

Loved seeing so many young people there too! another fine production by Tara Arts in association with Black Theatre Live and Queen’s Hall Arts. Check out the latest news on their website http://tara-arts.com/#/

*Quotes are taken from the show’s programme ‘Director’s Note’

is a book that charts young children’s early attempts to write as they struggle to communicate meaning for a variety of purposes. Each section deals with the appropriate research evidence on the development of children’s competence in literacy, and their growing awareness of genre, and uniquely, with a clear approach to teaching children from three to seven years. The text combines the necessary theoretical underpinning plus the day-to-day practical experience of working with young children in order to develop their understanding of the different forms and language of texts.

How do you teach grammar, punctuation and spelling in primary schools in a way that sparks children’s interest? Trainee and beginning teachers often find the teaching of grammar, punctuation and spelling especially challenging as they are not confident in their own knowledge. This book explores and provides the subject knowledge you will need to teach grammar, punctuation and spelling and gives guidance on how to teach it. It helps you to build confidence in your own knowledge, opening up the subject and enabling them to approach teaching with ease. Examples of effective lessons show you how to engage children’s interest in some of the more formal aspects of writing and throughout, activities and practical examples demonstrate how you can translate this learning into the classroom. 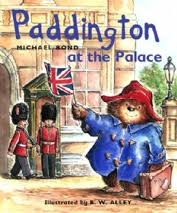 This review considers the findings of recent literature on boys’ writing in Key Stages 1–4 in England, and refers to related literature from other parts of the United Kingdom, Europe, Australia and North America. It also includes some reference to the Reception year of the Foundation Stage.
(I have highlighted text for my own use)
Daly – Literature search on improving boys’ writing

I was a guest speaker at Dagenham Library celebrating ALL WOMEN’S DAY where I read extracts from my books and talked about what inspired me to become an author. It was a wonderful day with so many astounding women talking about their various enterprises and achievements – in particular the esteemed lady Mayor of Barking and Dagenham herself Elizabeth Kangethe who was interested in ARTY TARDY! What an inspirational lady she is!

What a wonderful review!!!

“The book isn’t preachy, and nor is it moralistic. It does, however, pack a powerful message: That schools must do more to facilitate the inclusion of SEN children. It also identifies the single-most important point of mainstream education – that no children, with and without SEN, are “mainstream” at all. All children need the support of their peers and teaching staff to thrive.”

I am over the moon that Kensington Primary School is also reading Arty Tardy with a Year 6 class. I will be popping in to get feedback from the children which will I really value – after all it is them who I am writing for!

So pleased – so honoured